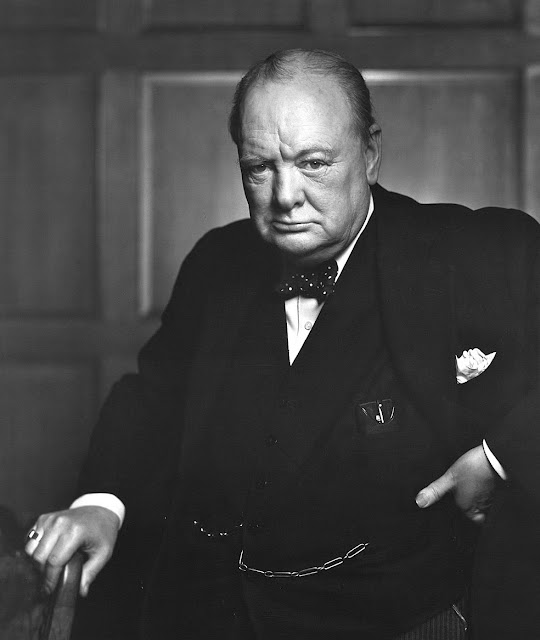 I was around 30 years of age when I first heard that quote. I was told that it originated with Winston Churchill. But those who admire and keep track of all Churchill's written and publicly-spoken words assert that it's not from him.

No one really knows where the quote originated. But I don't suppose it matters. The point is that a lot of people can understand, and personally relate to, what the quote says—especially if they are up in years, and of the Conservative persuasion.

There are precious few liberals who can offer rational arguments for their liberal positions. On the other hand, there are plenty of conservatives who are powerfully eloquent at explaining the logic behind their positions. I've mentioned Dennis Prager and Thomas Sowell in a previous post. They are a couple I happen to enjoy listening to.

If someone can provide the name of a liberal, who defends liberal ideology with intelligent facts and data, I'd like to know who it is. I'll listen to what they have to say.

Noam Chomsky is an intelligent man and a defender of anti-conservative ideology. I have listened to him many times. But he doesn't much like modern liberals either. I think he might be an anarchist. I blogged about Noam a few years back (Click Here). Chomsky and his followers are very good at identifying problems with America, but I don't see them offering any truly better solutions.

The late senator from New York, Daniel Patrick Moynihan, was probably one of the most intelligent liberals America ever had (he is the first politician I wrote a letter to, many years ago). But by today's liberal standards I think Moynihan would be more of a conservative.

Which brings to mind Ronald Reagan, one of the most conservative presidents in recent history. He was actually a Democrat and switched to the Republican party. One of his famous quotes was that he didn't leave the Democrat party, the Democrat party left him.

These days, as it is being hijacked by radical Leftists, the Democrat party is leaving a lot of liberals. Leftists are bullies, and they are not interested in intelligent discussion. From a historical and contemporary perspective, I consider their objectives to be deliberately un-American.

The radical behavior of Leftists is painfully obvious to most Americans, liberal and conservative alike. How can anyone take them seriously, right? But radical Leftist minorities have a history of getting what they want, and what they want is total control.

Back to the quote...

I was searching Churchill's quote on the internet and I came upon a blog where the writer wondered how the quote might be expanded on, by adding another 20 years.

Well, I'm now 60 and I gave that some thought. I would end it as follows:

"If you're 60 and you're not significantly humbled by your own human flaws and shortcomings, then you haven't learned anything."

New comments are not allowed.